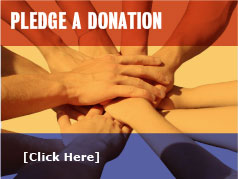 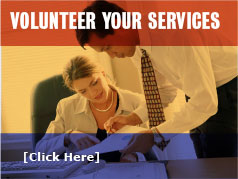 The citizens of Florida voted to restore voting rights to felons who h...

The International Day of Peace is obsereved around the world eac...

It could shock residents and community leaders, Franklin said, given the county’s image nationwide as a place of sparkling beaches, mega-mansions and Worth Avenue splendor.

“That’s great, but at the same time we have a large portion of our communities… that are living well below the poverty line,” Franklin said. “I don’t think people realize it doesn’t take you much to put you in that range.”

Tana Ebbole, chief executive officer of the Children’s Services Council of Palm Beach County, said news that poverty among children was so severe “is devastating.”

“This is especially alarming, because we know that children who grow up in poverty are at higher risk of a host of other issues, including lack of access to quality child care, poor school performance and health complications,” Ebbole added.

The census numbers were released just weeks before the presidential election where the economy is a key issue.

“The need is more acute than ever before,” said Swindler, adding that she’s seen noticeable increases in residents seeking help from the agency’s emergency shelter and homeless prevention programs. Two factors — high cost of living and unemployment rates — make it difficult for county residents to avoid poverty, Swindler added.

“I know some people have moved out of the area because they can’t get jobs here,” she said. “It hasn’t stabilized like other parts of the country at this point.”

Minority communities were the most affected by a struggling economy, according to census figures, with 30.9 percent of the county’s black residents and 22.3 percent of Hispanics living in poverty.

Swindler has seen these statistics reflected at her organization. At Families First, the homeless assistance program serves 154 participants, and 129 of them are African-American.

“This has been going on for a long time. The numbers have not improved, they have stayed the same or gotten worse,” he said.

Requests for food stamps has also increased countywide, with 9.1 percent of households receiving help to purchase food. That number is up from 7.4 percent in 2010 and 6.1 percent two years ago.

Department of Children and Families spokeswoman Erin Gillespie said food stamp requests have dramatically increased since the recession hit. “Since February 2007, it’s gone up every single month,” she said, adding that although some smaller counties have seen a slight decrease in food stamp recipients, larger counties like Palm Beach have yet to register decreases.

“We haven’t seen a decrease yet but we do see it on the horizon,” Gillespie added.

Despite some disappointing poverty numbers, the number of uninsured in Palm Beach County diminished slightly in 2011, according to census data. About 20.2 percent of county residents did not have health insurance last year, compared with 21 percent in 2010. The number of uninsured residents also decreased across the state and nationwide.

“We have not experienced any reduction in the number of under-served, uninsured children and adults coming to Caridad Center for help,” said Berry, adding that the medical, dental and vision clinics have seen patient increases over the past year.

Franklin, from the Urban League, said he hopes the latest census figures help paint a better picture of the reality of the county’s neediest residents.

“If we can put a frame around it and say, ‘this is what poverty looks like,’” he said, “and let the picture show a rainbow of people who live here, that will show a different face to residents who basically have their head stuck in the sand.”

<< Back to News
View Related Link